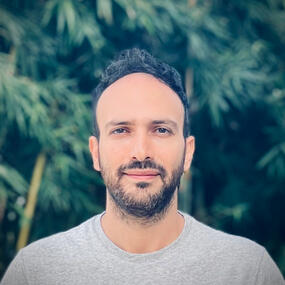 I am an associate professor of Aerospace Engineering and the director of the Astronautics Laboratory at Cal Poly Pomona (CPP). My primary fields of expertise are Astrodynamics, Space Mission Design, and Spacecraft Design.
I have helped shape the astronautics program in the aerospace engineering department and developed courses and curriculum for the astronautics emphasis area.
Using my network of experts in local aerospace companies and NASA Jet Propulsion Laboratory, I have brought funded and unfunded research projects to the Department.

Check my Research and Teaching pages for more information, and feel free to contact me regarding my current activities or an idea for collaboration.

Vibrations and Dynamics of Aerospace Systems

Email
Feel free to contact me by email anytime.

This project is a collaboration under JPL University Crowdsourcing Initiative Program. Two CPP teams are designing a mission concept for a science mission to the interstellar medium. The project is a competition between two concepts developed by the teams and a phase A proposal for the mission based on the winner idea. The final work will be presented to the JPL PI to be considered for future calls for ISM missions.

The project is a collaboration under JPL University Crowdsourcing Initiative. The idea of the project to design and demonstrate a mechanism to dampen the landing of a hopping small satellite on the surface of an asteroid. The mechanism is being designed in the mechanical engineering department. The CPP Small Satellite Lab then performs a test of the mechanism in microgravity condition.

This project is a collaboration under JPL University Crowdsourcing Initiative. The goal of the project is to design a small demonstration of CubeSat formation flying on the air-bearing testbed at CPP Small Satellite Lab. The concept is developed by a team in the Physics and Astronomy department. The satellites are being developed by a mechanical engineering team at CPP, and the algorithm for formation flying was developed by the aerospace engineering team using Machine Learning.
The control algorithm will be implemented on an FPGA using JPL Fprime flight software by a CPP team in the electrical and computer engineering department.

The project is funded by NASA JPL to study the inclusion of Mission Analysis for Low-Thrust Optimization (MALTO) software in the orbital mechanics' curriculum for undergraduate students. The project included a series of workshops for students and a team of students who redesigned the MATLAB GUI for the software. The project has done user testing and is still under investigation.
The software will be implemented permanently into the curriculum of the CPP aerospace program in the orbital mechanics.

The project is a multi-year effort at Cal Poly Pomona Small Satellite Lab. The project has investigated various technologies for deployment of a 10 ft by 10 ft sail from a 1U module within a cubesat. The current team explores using Shape Memory Alloys (SMA) for the deployment system on a scaled model of the sail.

A system-level design of a concept mission to Jupiter’s moon, Europa was studied in this research. The mission included the design of a submarine that goes through the thick icy surface of the moon and reaches the liquid ocean underneath for science study.